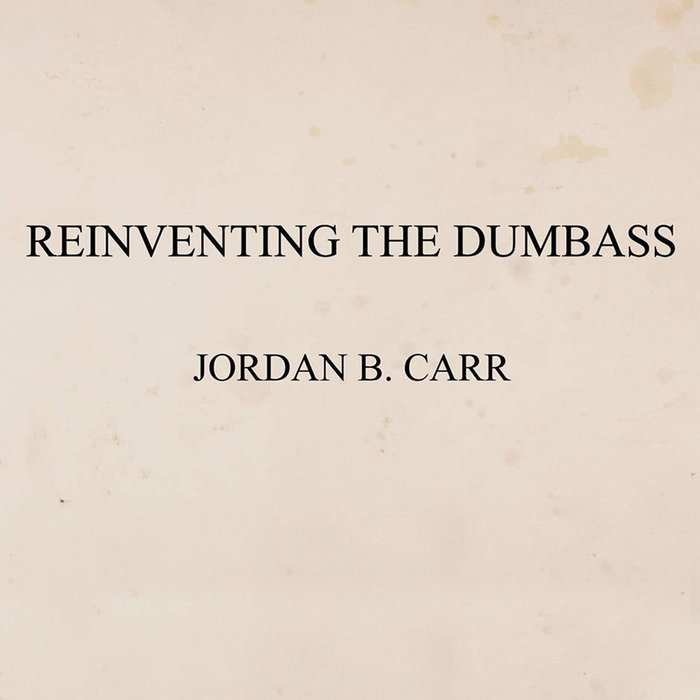 Chris Buckmister This album is chock full of honesty. It's an album you can play in the background and enjoy, but you will really appreciate it if you LISTEN. Nice work, Jordan. Favorite track: Hellfire & Brimstone.

“This Bad Boy is a tongue-in-cheek enigma, but his booze-soaked, acoustic-punk Springsteen impression works.” – Jay Boller/Vita.mn

“When did I start believing my own lies?” – Jordan Carr

Reinvention is a process Jordan Carr won’t be quitting anytime soon. The Minnesota singer/songwriter went from spending his youth in juvenile detention centers and punk bands, to composing an entire album of hungover reflection from a jail cell. He’s a free man now, but there’s still plenty of reflecting to be done.

Carr’s 2013 solo debut “Reinventing the Dumbass” is just that. Eight emotionally-crafted songs epitomizing the colors of recklessness, regret, and self-actualization, marking Carr as a logical successor to Paul Westerberg, another Minnesota native familiar with heartbreak and self-composed disaster. It only takes a few seconds of listening to “Reinventing the Dumbass” to understand.

After 3 years of touring, international travels and further adventures best left off the record, Carr is back to penning more of his self-proclaimed "bad boy blues," only this time with a full-band backing him, Jordan Carr and The Boys, who are currently recording the follow up to “Reinventing the Dumbass” and expect to release the project in summer of 2017.

Through the songs of self-sabotage and self-medication, Carr’s grin cuts through the speakers with a glimmer of hope and a cheers to continued growth.

Engineered and produced by Colin Scharf, Mixed by Jesse McInturff, Mastered by Danny Morrison, all songs written and performed by Jordan Carr.

Despite the darkened nature of some of Carr's songs, hope shines through. Armed with a beat-up guitar and a cutting grin, Carr has traveled the globe and spread his tales of heartbreak, incarceration, empty bottles and full hearts.

Bandcamp Daily  your guide to the world of Bandcamp